Are nursery rhymes and fairy tales just that?  What can we learn from fairy tales by engaging preschoolers in activities related to them?    That is what we are going to find out this week.  Check back in for more about this.


Monday we will be using the story Jack and the Bean Stalk to learn about being responsible, having integrity, and not talking to strangers.  We have a felt story to use during storytelling, then the children can use it during centers to re-enact the story.  The centers we will use Monday are a beanstalk game using dice to help the children learn a few sight words.  We also have a sight word word/picture matching game, and a marshmallow counting activity and will probably have some warm cocoa later in the morning just for fun since it is so cold.  We are going to be talking about subitize and practicing subitizing.  I have a little "fairy play" small world play ready to go during the day, and some fun, easy, activities.  Check in again soon to see pictures of children completing the activities. 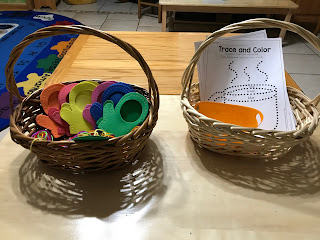 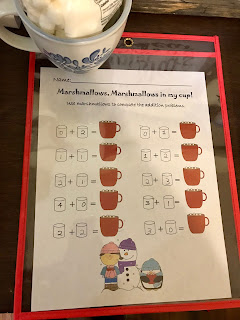 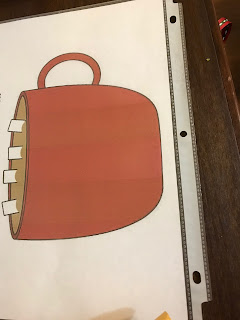 Even though they loved using marshmallows, this is the first time we have used a problem and used a manipulative to go with it.  Usually we talk about it, but not mainly working from problem.  It was a little tough for them to understand.  We will definitely be using more like this.  We will have some warm cocoa with Snack today to go along with the cocoa math problems. :) 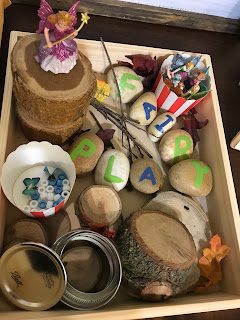 They have enjoyed working with the fairy play items.  We have to use a timer to allow everyone to get a turn.  Guess it is a hit!  We have a logic puzzle called Camelot in which you have to find a way for one person to get to the other.  We played this the same.  They have to find a way for the fairies to get to the fairy queen.  Play with this has many more options.  They can use any of the different parts for them to build a way to the queen.  Also, J said "well they have wings" so we had to go with "what if they don't want to use their wings?" 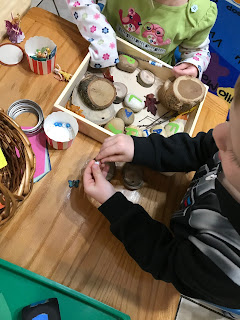 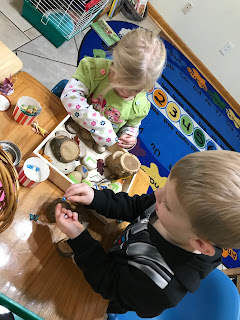 These first two pictures are from Monday when they were simplying exploring and play with it. 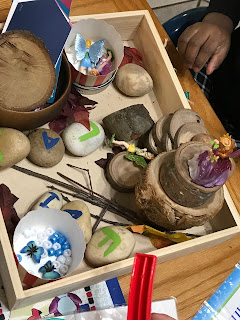 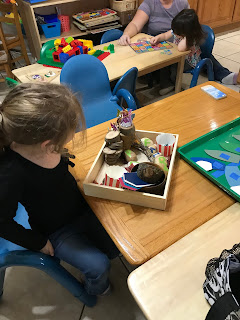 These two pictures are from Tuesday where they were building a way for the fairies to get to the fairy queen. 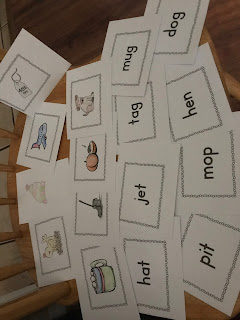 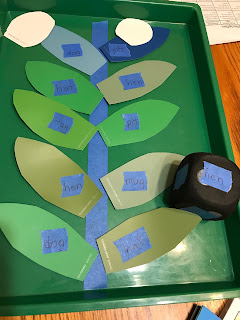 I didn't get any pictures of the children playing the Beanstalk game yet today.  This is our first official week reading sigh words more instead of working on mainly letters.  I think they are ready for it, but it was a bit challenging for some of them.  We also used these word and picture cards as a matching game.  See the pictures and say them, then read the cards and match with the correct picture.  A little tough, but enjoyed the happy smiles when they accomplished their three words. 😁

Today we read The Elves and the Shoemaker, and The Little Old Woman's Shoe.  So we used Legos to measure how long each child's shoe was (non-standard measurement). 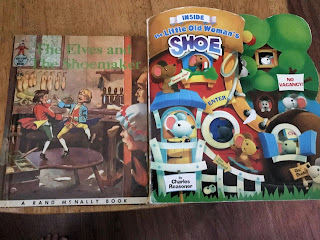 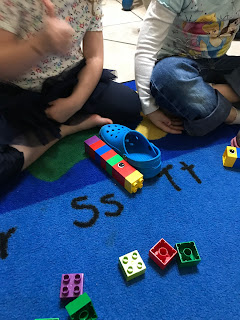 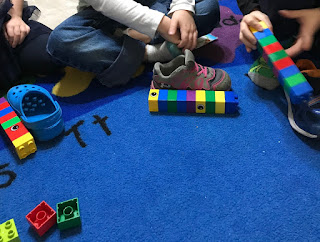 Monday we also had some mitten fun talking about how cold it was. 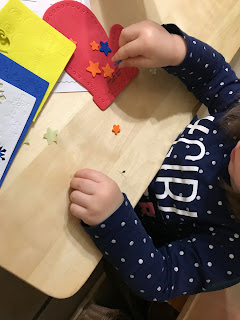 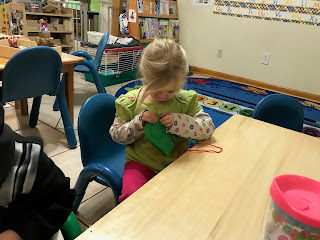 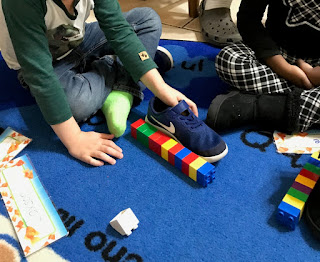