Goldilocks and The Three Bears - including multicultural adaptations

More fairytales this week, and social stories of course.  The definition (Merriam-Webster) of a fairy tale is:  a story (as for children) involving fantastic forces and beings (such as fairies, wizards, and goblins).  Also a story in which improbable events lead to a happy ending.   I would add, summing up the other sources, that the fantastic forces and beings could be talking animals, princesses, imaginary beings and lands, and sometimes involve magic. With that being said, there are fairy tales from long ago, and some more recent. 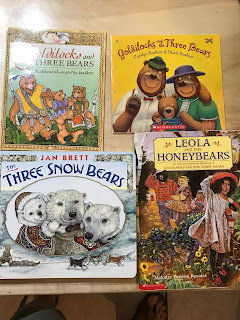 Moving on.......
So this week we are reading the many versions of Goldilocks, The Fisherman and His Wife (be happy with what you have), The Three Billy Goats Gruff, and The Three Little Pigs.  We began the week with Alice The Fairy by David Shannon.  If you have never read this book you really must make time!  It gets the children's in a pretending frame of mind and ready to role play as temporary fairies.

Our social stories begin every morning with "I Can Be A Super Friend" and "Tucker Turtle".  It has brought it back to focusing more on what we want to see and being a Super Friend.  Our social stories during story time this week are:  Grumpy Gloria, Ruby The Copycat, No More Hitting for Little Hamster, and The Worst Day of My Life Ever.

We began this week with a field trip a local county park.  The kids call it the tree park.  Many wonderful trees to play under making it feel like we were in a forest.  It made a perfect place to read a story that takes place in a forest. Who said story time has to be at a story time carpet?  Love being outside! 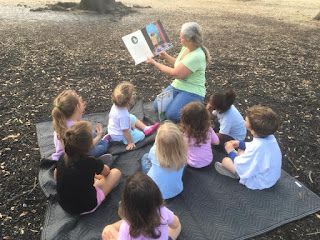 The children really enjoyed playing, climbing, running, swinging, and challenging themselves at this fun playground.  I was really impressed with the tenacity of the two year olds in particular.  They did not give up and kept climbing and sliding on the tallest slide.  I was at the top helping them to make the transition to the platform for safety.  I had to tell them I needed a break.  😉 All of the children kept climbing, challenging themselves to reach that rope that was a little tall for them, or to climb the rubbery ramp at that tough angle.  So proud of these children for being so persistent.  What a great approach to learning! 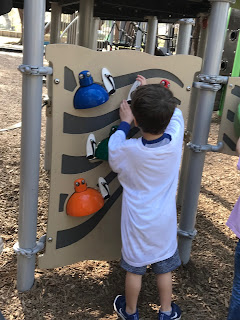 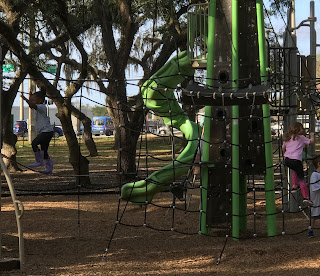 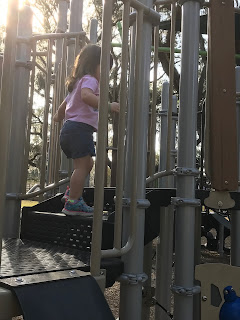 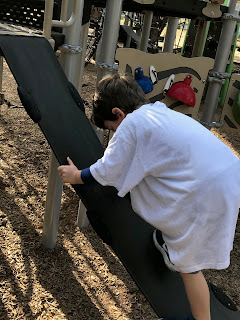 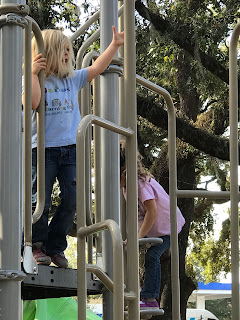 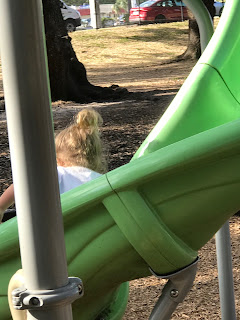 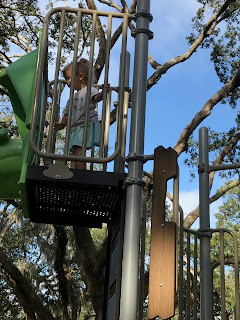 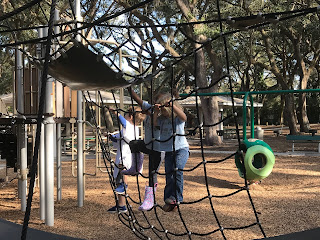 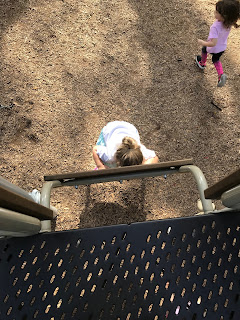 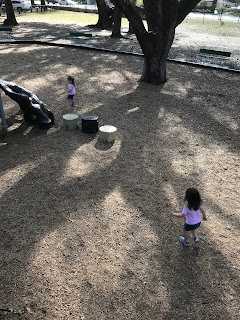 We returned from the park just in time to have lunch then rest time.  Since snack follows rest time, we made "magic wands" from paper towels right after snack time.  They decorated for so long, then turned me into a frog among other things. 😁

Obviously we didn't have time for centers on Monday.  Today was a typical day so we had centers to work in and enjoy.  The one and two year olds today sat with the three and four/five year olds for Grumpy Gloria (story length was right), but went to the reading area in the playroom with Papa Joe to read The Three Snow Bears in a more direct fashion and to point out things like "bears" or "dogs", and saying the words.  The three/four/five year olds have more open ended comprehension questions to give more opportunity for thought.  Also, I knew they would want more information on polar bears so I threw in a book about polar bears and one about tracks in the snow.  We also talked about being content with what we have as we read the story The Fisherman and His Wife. 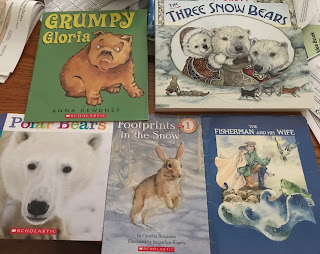 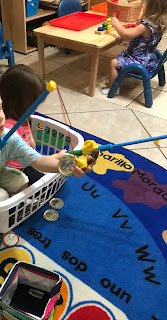 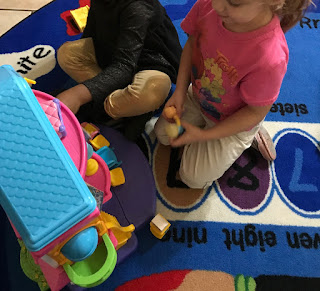 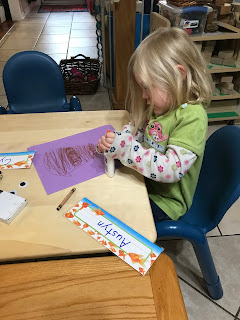 Not many pictures I could use today.  Our centers were fishing for letters (laundry basket boat) to make words (just mason jar lids with a couple of lakeshore fishing pole magnets) and making words from our CVC words for the week, coloring a flounder and gluing both eyes on top, working with playdoh (squishing, rolling, squeezing, etc.), and putting pom poms on the snowman to add together and put the magnetic number to solve the equation.  We are still using the wheat berries as a sensory/math experience, counting how many scoops it takes to fill the little bucket.  Fishing for letters was probably the favorite for the day. 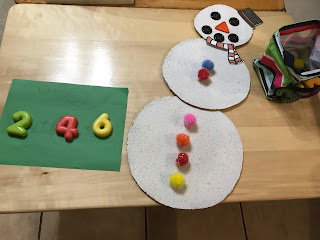 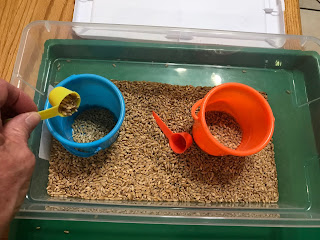 One of the distractions for the day was BOB.  BOB arrived Monday night and after plugging him in did a little cleaning.  He cleans periodically, but was definitely turned off for rest time.  The children were amazed at this little robot cleaning the floor.  Wally is just not sure about him yet. 😆 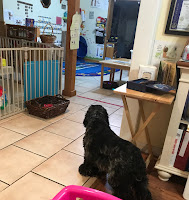 Tomorrow - Wednesday - we will begin using our Goldilocks activities from Cassie @ 3Dinosaurs.com.  Tons of fun coming the rest of the week!
at January 24, 2018