With the last day of child care before a gathering fun holiday, we just had to have some fun.  Also with three afterschoolers we had to come up with something they could enjoy also.  So.... Cranberry building, so much fun!  We have built with marshmallows and toothpicks before, and this is the same idea.  They were so engaged in this activity, it lasted for a long time.  The three and four year olds enjoyed it almost as much as the afterschool agers.  That is a win-win in my thoughts.  It was a great learning experience for all of them.  The three and four year olds were learning about putting them together, and how to make a shape. The older children made more complex structures.  Some of the children saved them, some took them apart, but they all enjoyed it.  The afterschoolers also had a Cranberry Crazy Game that I found on Pinterest with challenging activities for them to do while holding a spoonful of cranberries. They laughed and had a great time. 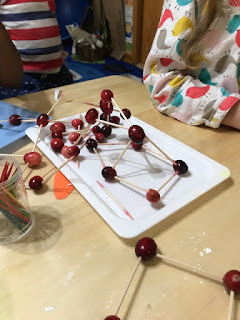 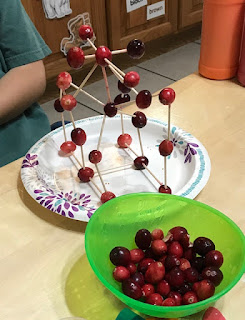 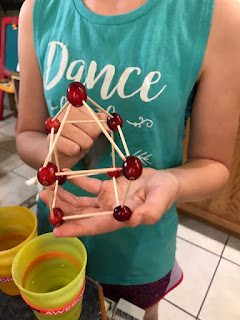 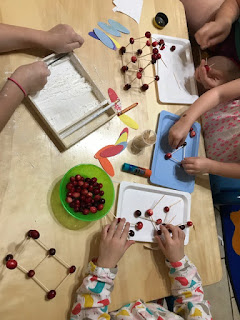 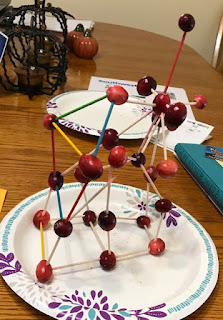 We of course had to make some cute little turkey prints.  What would Thanksgiving be without turkey handprints?  And to just throw a little educational in there, we made turkeys with name feathers.  The four year old and older children cut out their own turkey, and three and older write their names on the feathers they chose.  The one and two year olds chose their color feathers and glued them on, and Ms. Jenny wrote their names on while saying the letter/spelling the name. 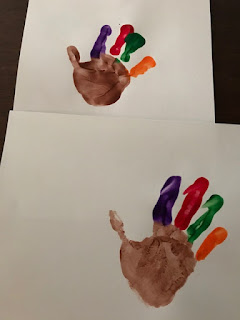 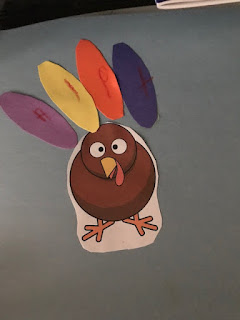 We still had a few pumpkins laying around, so I hollowed two out quickly, poured in some bubble solution, and tada!  We had pumpkin bubbles!!  They had to blow, not suck in the bubbles.  It was tough for the one and two year olds, but everyone else figured out how to blow and make tons of bubbles very quickly. 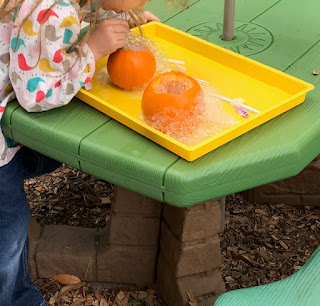 I have had a size discrimination game forever called Chef Gobbler's Desserts.  I did this in a small group with just the three and four year olds and they sorted them very quickly and shared which size dessert they would prefer; small, medium, or large.  Not everyone chose large. 😇 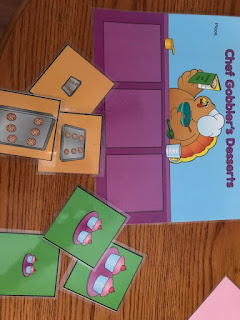 Our books today were mostly about Thanksgiving history.  What was the first Thanksgiving feast like? What were the people like? What type of clothes did they wear? What did they eat? The book "Many Nations" was an alphabet book of Native Americans.  It was interesting for the children to be able to see that not all Native Americans lived in the same type environment or home, and the different tribes, or nations, dressed differently as well.  The Littlest Pilgrim was a good book for the children to identify with.  No matter how small they are, they like to help which isn't always possible.  However, they are never too young to make a friend.  The book "10 Turkeys In The Road" is just a terribly silly book about turkeys. Just plain silly fun. 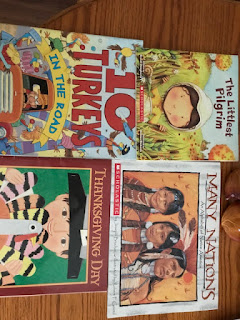 They also had about 45 minutes to play in the play yard today where many worked together in the sandbox, in the mud kitchen, stepping on stepping logs, blowing pumpkin bubbles, riding trikes, or riding teeter totters, or bouncing balls with Papa Joe.  It was a fun, fairly stress less day. 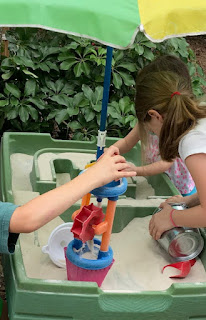